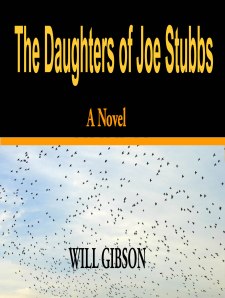 THE DAUGHTERS OF JOE STUBBS

ISBN-13-9781481047890   $12.99
ASIN B00A8150FW Ebook    $2.99  (Amazon)
​
This is a quirky but smart novel about the Stubbs family. The father Joe Stubbs is content with his small law firm where making lots of money is unimportant to him. A widower and single parent, he raises his two small daughters to be very successful lawyers. Joe is very proud of them. They are a very close-knit African American family. One day Joe, a poor Southern boy in his youth, learns from a friend how much weddings cost nowadays, some exceeding $20,000. “You have two grown daughters, don’t you, Joe? Well, get ready. You’re probably next,” the friend says. This worries Joe immensely, for he hadn’t realized that weddings could be so expensive. He doesn’t make that kind of money. Now for the first time in his life he begins to think of himself as a failure, both as a father and a lawyer, despite that he had played an important role in the Civil Rights Movement in the 1960s. He goes into a humorous funk. His daughters, however, see him as their hero.

Meanwhile in the story, Joe Stubbs’ oldest daughter Ollie, a deputy district attorney, has a big fight with her superiors, and threatens to resign. Her sister Risa is pleased that Ollie might resign, because maybe now they can have that family law firm she has long dreamed about that would help people, instead of just making money. A few days later, thinking Ollie wasn’t home, Risa lets herself into Ollie’s apartment to get something, and finds her sister Ollie in bed naked with a white woman. Risa is shocked because she had no idea that Ollie was gay. All her life Ollie has been her role model. Before storming out of Ollie’s apartment in tears, Risa exclaims, “I don’t care what your sexual preference is. That’s your business. But when it puts down black women, that’s another matter entirely.” Also in tears Ollie replies, “What does my loving Jane has to do with putting down black women?”

The daughters need Joe’s help to keep the family together, but he’s deeply mired in gloom about his financial inability to give his daughters the great weddings he thinks they richly deserve. He too had no idea that Ollie was homosexual. Can this close and loving family be put back together again?

WE WELCOME REVIEWS AND COMMENTS. PLEASE USE TYPE BOX BELOW.